Greening Steyning is part of a Community Working Party looking into the idea of turning the whole of Steyning and adjoining parts of Bramber into a 20MPH zone.  We think it’s a great idea!

It is the first step in making our community safer, healthier and greener.  We aim to follow it up with efforts to prompt further traffic calming measures and improvements to cycling and walking infrastructure – so we can reach our 2030 Vision of making ours one of the greenest and most sustainable communities in the UK.

There are some who question whether a 20 MPH zone will work.  Scroll down and you’ll find more details on the evidence that backs up the idea. 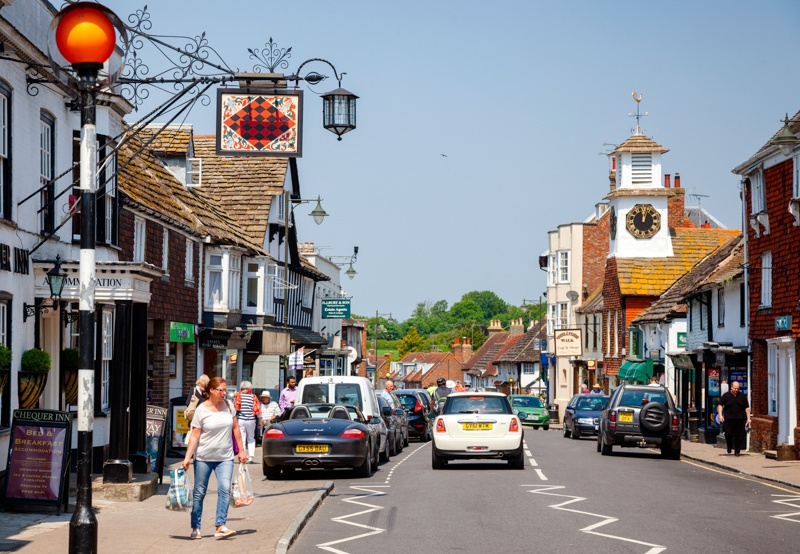 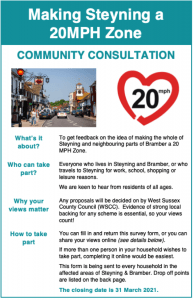 Any proposals will be decided on by West Sussex County Council (WSCC). Evidence of strong local backing for any scheme is essential, so a wide-ranging community consultation was held in Spring 2021.  Every household in the affected areas of Bramber and Steyning got a survey leaflet through the door asking for their views. People could also respond online.  The online version includes some important additional questions on future traffic calming measures like making the High Street a ‘shared space’.  It also asks for views on how we can encourage cycling and walking, electric vehicle charging and public transport links.

The full results of the 20mph consultations have been made available on the Steyning Parish Council website, so dig in if you’d like to see the details.  The report comes in two sections:

You can see the headline results in graph form by clicking on the image below. 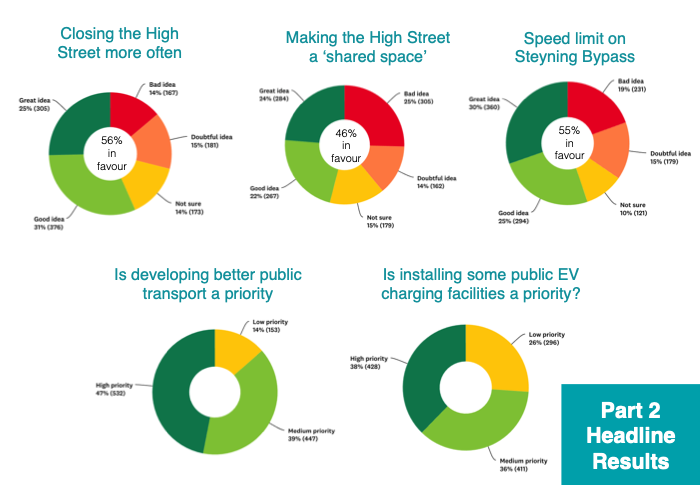 What happens next on 20mph?
Armed with the results of the Consultation, Steyning and Bramber Parish Councils have gone ahead with an application to West Sussex County Council for a Community Highways Scheme (CHS) to implement a 20mph zone.   If this gets their backing, WSCC Highways Department will then carry out tests to assess current traffic speeds and on the basis of this data will come up with an outline scheme.  This will be subject to a further round of public consultation, before a final decision on whether to proceed.  If successful, implementation work would begin in 2022.  So it will take some time – but hopefully not too long. 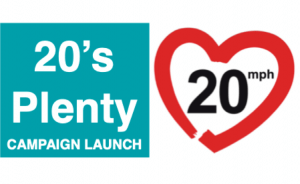 Greening Steyning backed the idea of a 20mph zone with a campaign of our own.  We launched it at an online event at 7.30pm on 30th March.  We were joined by two guest speakers:

Adrian Berendt, South East Coordinator of the national 20’s Plenty campaign, laid out the very clear evidence from other towns on how reducing speed limits cuts road accidents and has proved popular with local residents.

Adam Bronkhorst, from Shoreham by Cycle, spoke about their campaign efforts to improve cycling infrastructure in Shoreham.

The background to the Steyning scheme was explained, along with the ways people can contribute to the consultation now underway.

Click on the video image below to see a full recording of the event. 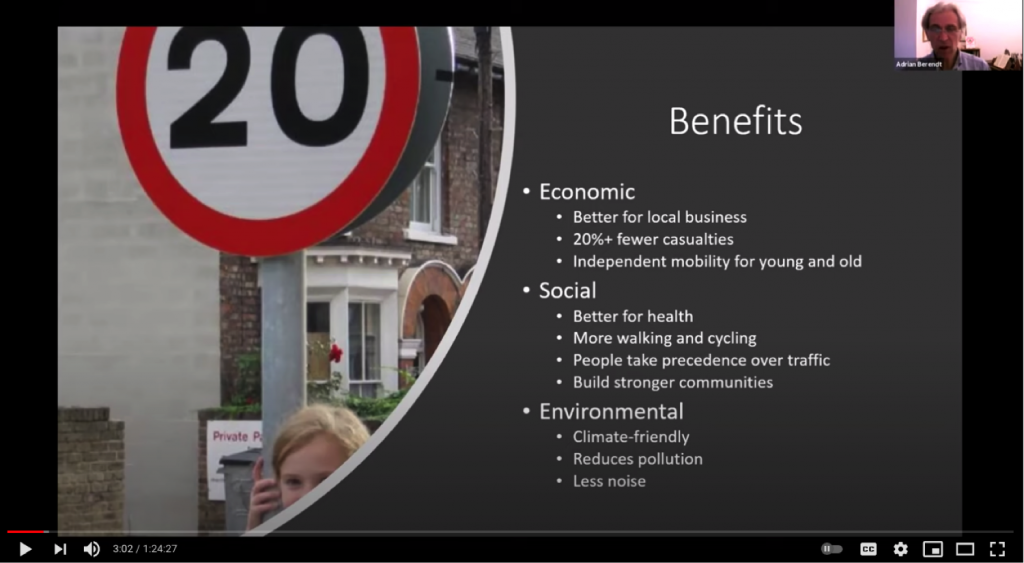 Take a look at the evidence on why 20 is Plenty

Comments on social media and elsewhere show that some people are sceptical about the benefits of a 20 MPH zone, raising a number of doubts and concerns.  We have addressed some of the main concerns below. There are plenty of studies online and the evidence for 20 mph streets is growing not just in the UK, but worldwide. We recognise that it isn’t the complete answer to our problems of unsafe, unhealthy roads but it is a positive start to improving our roads for everyone.

What is the evidence that roads are safer with a 20mph speed limit?  – Numerous studies have gathered evidence that there were less accidents after 20mph zones were introduced in residential areas.  See: Royal Society for Prevention of Accidents Factsheet,  BMJ article

Does it really encourage more cycling and walking? – Cyclists and pedestrians perceive roads to be safer when vehicles are moving slower, so after 20mph was introduced, cycling and walking have increased.  See:  2018 Literature Review,  2013 Par Hill Research report

Won’t all the extra signage look unsightly? – Road signs are not excessive, and roads will look more attractive if 20mph encourages less vehicle traffic on the road.  Many historic high streets have adapted it and have not been ruined. Check out Arundel high street and Partridge Green both have recently introduced a 20mph speed limit. Also, the historic town of Lewes now has it.

What’s the point if it can’t be enforced? –  Studies of places where 20mph has been introduced, show that most people comply and reduce their speed especially when they understand the benefits, so a majority of people travel slower than before.  It is enforceable by law – like all other speed limits – but with stretched resources few police forces play an active role in doing this.  Some communities have set up their own speed surveys and this has helped reinforce the speed limit, but there are no plans for this in Steyning at present. See:  20’s Plenty advice on police enforcement,  Dept. of Transport Research Study.

It will be very expensive, and the money could be better spent elsewhere? –  Since it mainly involves signage, it is a low cost, one-off investment that improves road safety and health. See:  20’s Plenty advice on costs,  Examples from Bristol.

About the 20MPH Working Party

The Working Party is multi-stakeholder group.

If you have any questions or suggestions, please get in touch at [email protected] 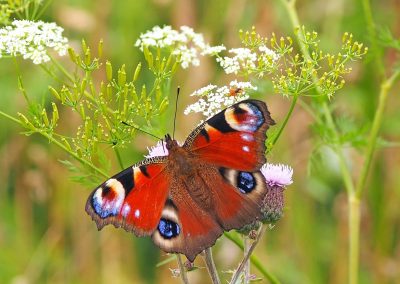 Life on the Verge 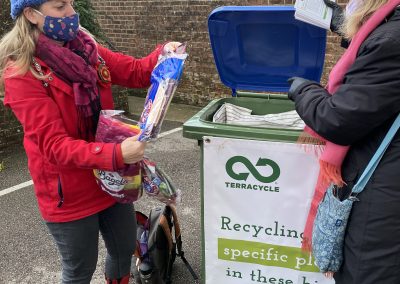 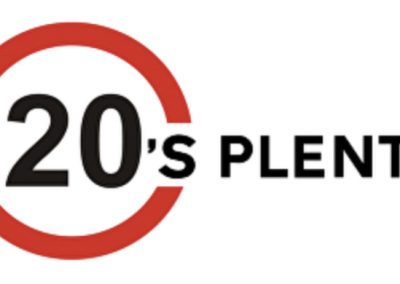 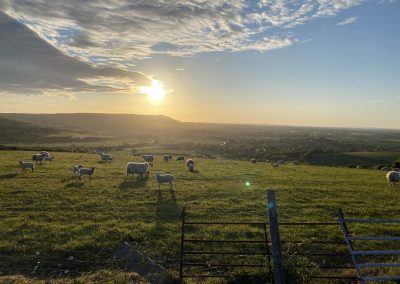 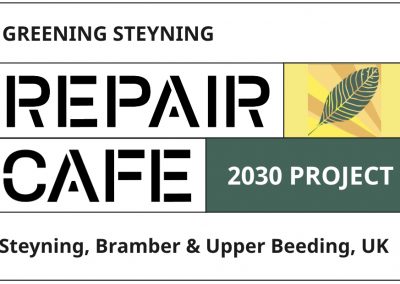 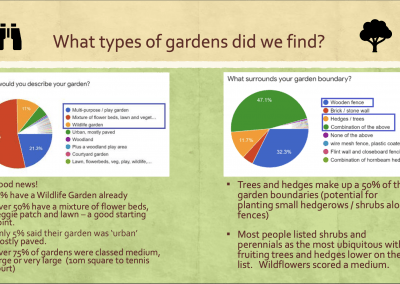 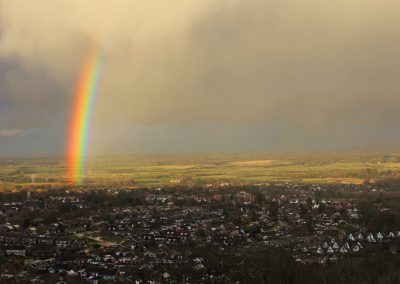 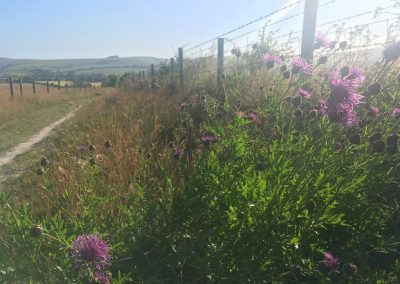 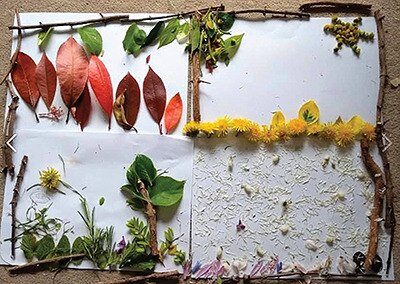 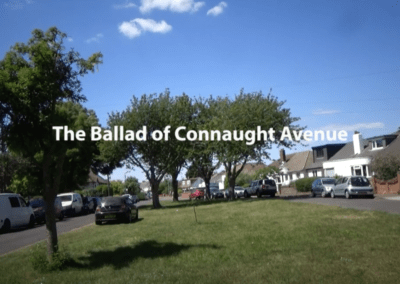 The Ballad of Connaught Avenue: A community responds to lockdown 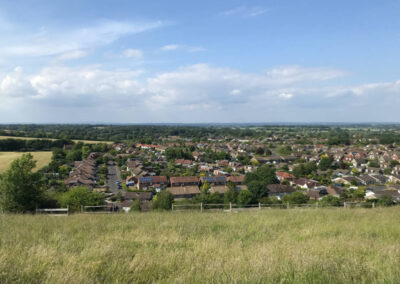 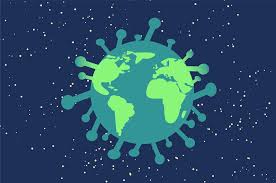 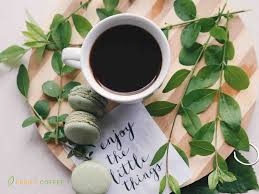 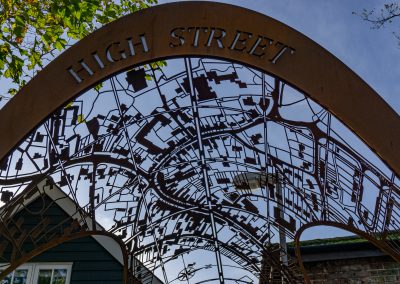 Observations during lock-down and things we do differently 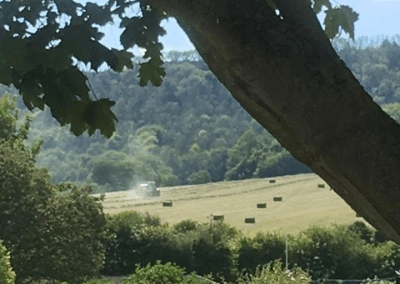 Anyone for white water rafting

This website uses cookies to improve your experience while you navigate through the website. Out of these, the cookies that are categorized as necessary are stored on your browser as they are essential for the working of basic functionalities of the website. We also use third-party cookies that help us analyze and understand how you use this website. These cookies will be stored in your browser only with your consent. You also have the option to opt-out of these cookies. But opting out of some of these cookies may affect your browsing experience.
Necessary Always Enabled
Necessary cookies are absolutely essential for the website to function properly. These cookies ensure basic functionalities and security features of the website, anonymously.
Functional
Functional cookies help to perform certain functionalities like sharing the content of the website on social media platforms, collect feedbacks, and other third-party features.
Performance
Performance cookies are used to understand and analyze the key performance indexes of the website which helps in delivering a better user experience for the visitors.
Analytics
Analytical cookies are used to understand how visitors interact with the website. These cookies help provide information on metrics the number of visitors, bounce rate, traffic source, etc.
Advertisement
Advertisement cookies are used to provide visitors with relevant ads and marketing campaigns. These cookies track visitors across websites and collect information to provide customized ads.
Others
Other uncategorized cookies are those that are being analyzed and have not been classified into a category as yet.
SAVE & ACCEPT