Sending a Message to Glasgow

The biggest local march since the Normans!

“We need to build a better future, and we need to start right now!” That was the message to world leaders at the COP26 Climate Summit in Glasgow from residents of Steyning, Bramber and Beeding who gathered for a big climate march on Saturday 6 November.

Long lines of banner-waving marchers, including many children and school students, converged from two directions for a peaceful and high-spirited rally at the historic ruins of Bramber Castle. 150 marchers starting out from Upper Beeding joined over 300 marchers starting from Steyning to make this the largest local march in recent history.

“This is the biggest march in Bramber since the Normans arrived,” quipped Geoff Barnard, one of the organisers. “It was three times the size of the last climate march held in Steyning in September 2019, which is a real sign of how the climate message is finally getting through.”

Marchers were encouraged to make their own signs and banners spelling out their message to Glasgow. Many youngsters took up the challenge. “It’s now or never,” “You’re destroying our future,” “March now or swim later”, “Don’t burn our future,” “We want to live,” “Do it for David,” and “No more blah, blah, blah!” were some of the striking messages among a forest or colourful hand-made placards. 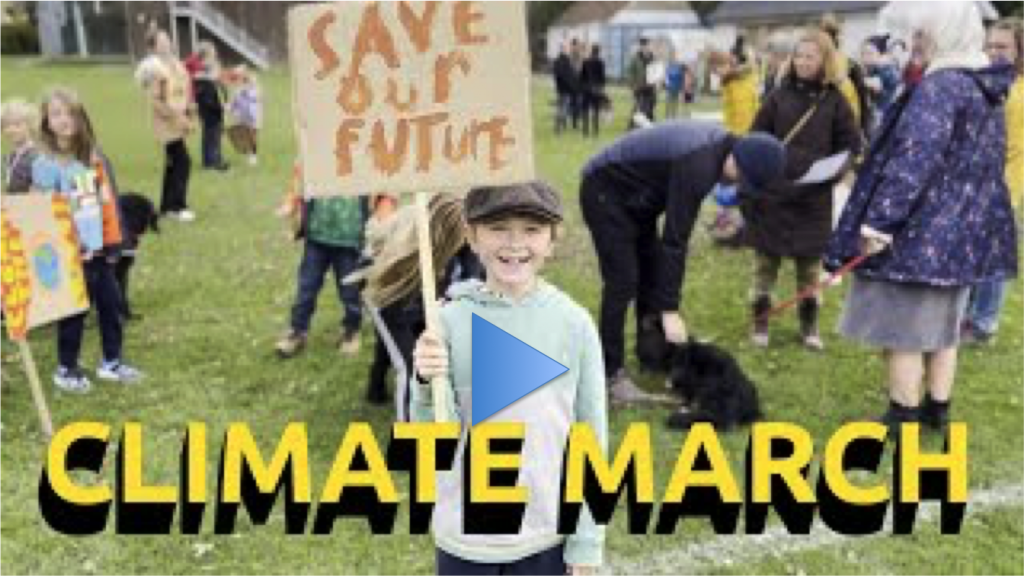 Watch the video of the march

The march brought together local schools, voluntary groups, churches, and members of all three local Parish Councils, showing the breadth and depth of concern around the climate crisis. Alongside veteran campaigners, there were many, young and old, who had never joined a demonstration before.

The march was part of a worldwide day of action on climate change, which involved big marches in Brighton, London, Glasgow and more than 200 other towns and cities around the world. The Bramber march was coordinated by local climate action group Greening Steyning, Bramber and Beeding.

Local poet, Simon Zec, read out a specially updated version of his hard-hitting poem, “They already know“.  Other messages of support were given by Peter Butchers, Minister of the Hub Baptist Church in Upper Beeding, and Green Party Horsham District Councillor, Mike Croker.

A choir from the local Woodcraft group brought the rally to a rousing finale, singing the popular “Sing for the climate” song that has been adopted as an anthem by the climate movement. The whole crowd joined in to amplify the one big message of the march:

Here are some of the photos of the March taken by local photographers Frank Bull, Colin Day and Mike Williams.  You can find a whole lot more in this Facebook album. 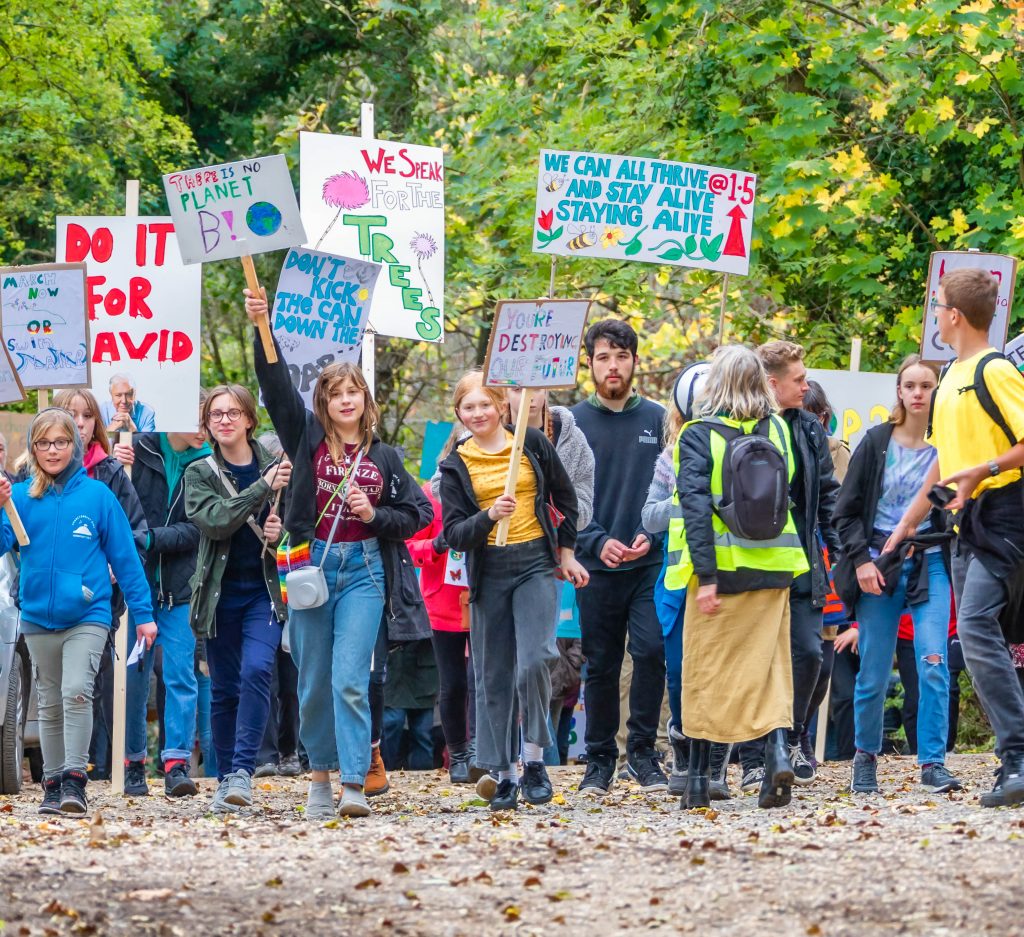 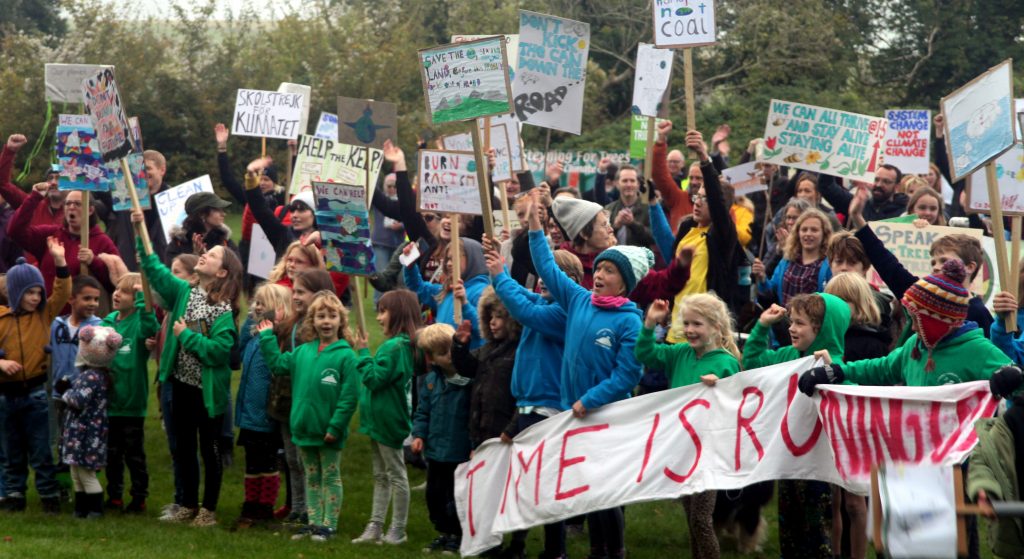 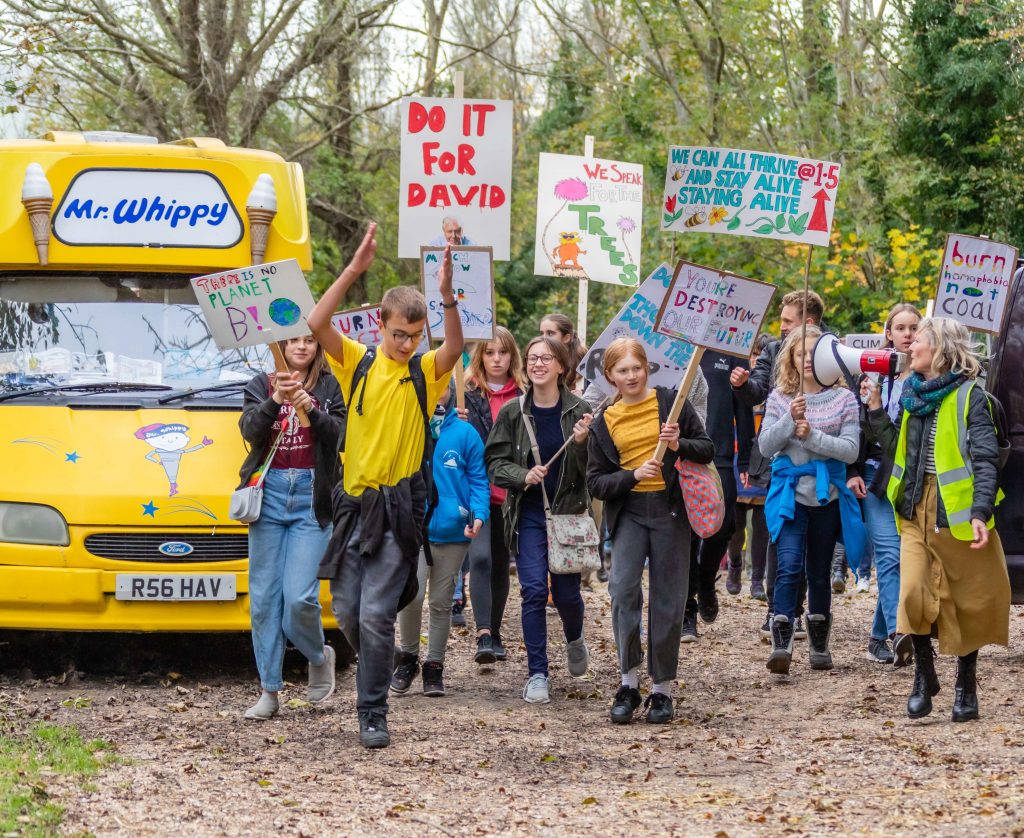 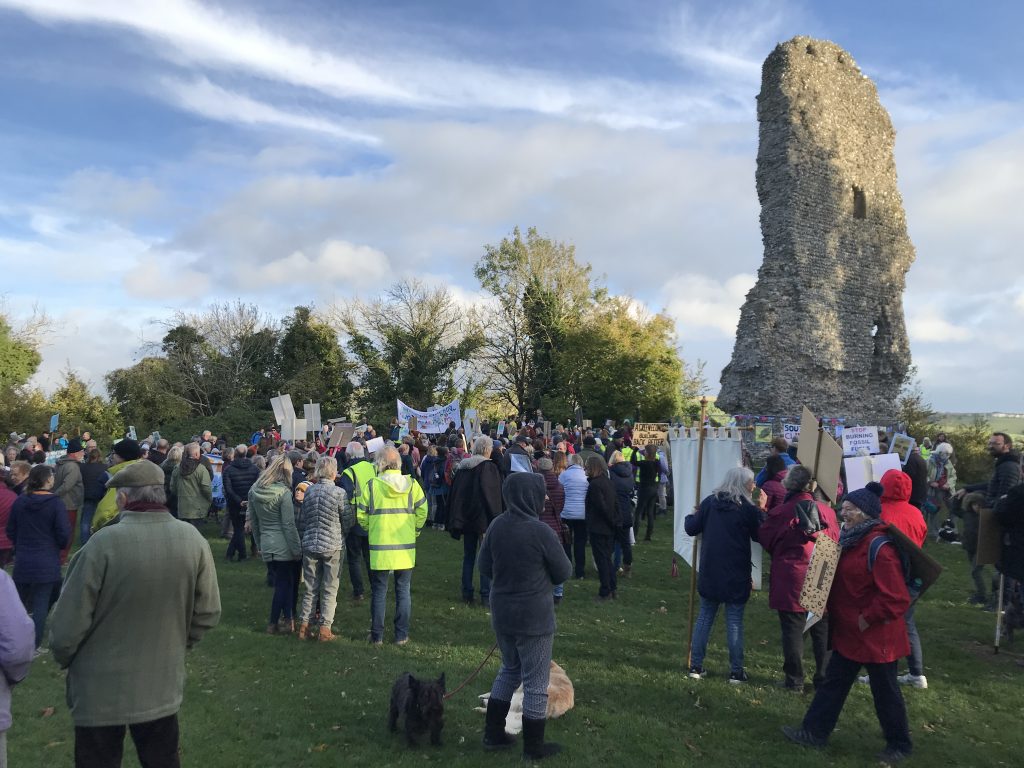 Coverage of the March

News of the March has spread far and wide: