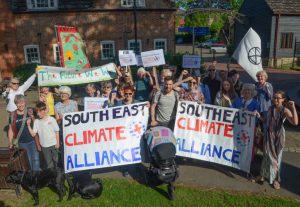 This is all about ramping up ambitions and getting climate change onto councils’ agendas in a much more central and explicit way than it has been in the past.  It starts with a council motion to declare a ‘Climate Emergency’.

The Climate Emergency movement started in Australia, and has been gathering pace rapidly.  It has really taken off in the UK since Bristol declared in November 2018.  Over 260 councils have declared since then.  The ClimateEmergency.uk website provides an up to date picture of what’s happening, plus some excellent resources.

We had the idea back in January 2019 of starting a campaign to get our local councils to declare a climate emergency.  A few weeks later we shared it with a meeting in Horsham of other green groups from the area.  We suggested we might join forces.  The idea took off!

Together we’ve created  a new umbrella group – the South East Climate Alliance (SECA) – to campaign for climate action across the region.  Greening Steyning was a founding member and several of us are on the Steering Group.

SECA has grown steadily since then, and now has more than 80 members from across the whole of the South East – from Hampshire to Kent.

The climate emergency campaign was remarkable successful.  Within a year, all but one of the 57 district, borough and town councils across the South East have either declared a climate emergency, of passed a meaningful climate motion.

SECA is now shifting it’s attention to working with councils to encourage them to follow up on these declarations and motions, so we can get so real action.  It is monitoring what’s happening on the ground, and sharing information on best practice from around the country.

Switch to a green energy supplier and help support SECA
SECA has teamed up with the Big Clean Switch energy switching service to create a customised energy switching site. It only takes 5 minutes to compare a range of clean energy suppliers and make the switch. And each successful switch generates a small commission for SECA, which it will use to underwrite their operating costs.  Here’s a blog describing how it all works.  If you want to dive in and try it here’s the link. 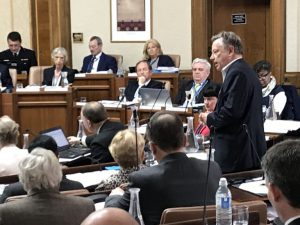 Following a county-wide campaign led by SECA, West Sussex County Council passed an amended motion on 5th April to step up action on climate change.  The amendment was tabled by David Barling, the Steyning representative on the Council.  In front of a public gallery packed with climate protestors, it was passed unanimously!

Protesters were disappointed that the amended motion ‘noted’ a climate emergency, rather than ‘declaring it’.  But it did pledge the council to aim to be carbon neutral by 2030, well ahead of national targets. Here’s a blog article on what happened, which SECA described as a potential ‘tipping point’ – provided the motion is followed up by concrete action.

Since then, Greening Steyning members Geoff Barnard and Tony Whitbread have been invited to join a new Climate Advisory Group that WSCC has set up.  Its mandate is to play a ‘challenge role’ for the Council, and be a ‘critical friend’ in ensuring it is ambitious in delivering on its climate promises. 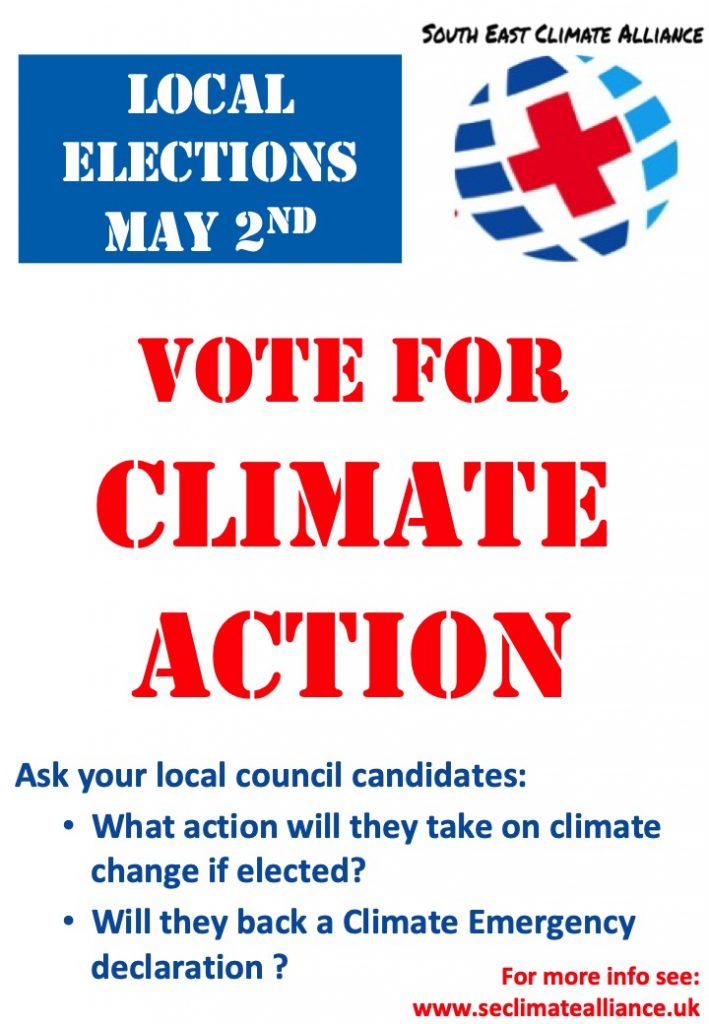 It’s good news from Horsham too!  We used the District Council election on May 2019 to jump start this campaign, and thanks to a big team effort from Greening Steyning members and colleagues from other green groups, we contacted candidates from all the parties to garner their support for Horsham to declare a climate emergency.   The idea was to be deliberately non-political, as this issues goes far wider than party politics.

We held a ‘meet the candidates’ session in Steyning at Green Drinks in April to hear what local candidates had to say on climate change.  Encouragingly, they all backed the idea of a climate emergency.

Losing no time after the election, the Lib Dem group presented a climate motion at the first full council meeting in June.  After some substantial amendments it was passed.  Like West Sussex, it did not declare a climate emergency as such.

But it did commit the Council to“developing and auditing the council’s activities to see what further practical changes, it the form of a plan, we can implement to reflect best environmental practice and work towards a net zero carbon target.”

Here’s the SECA press release on the meeting.