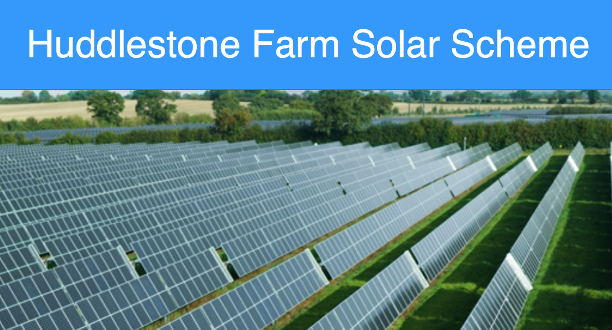 In a major breakthrough for local green energy – plans for the Huddlestone Farm solar scheme were approved by Horsham District Council in October 2022.  The vote was 11 in favour, 0 against, with 1 abstention.  That’s a massive turnaround since a similar scheme was rejected almost unanimously seven years ago.

The proposed site is at Huddlestone Farm, just north of Steyning.  It is the far side of a slight ridge, so will be largely invisible from the south side, and will be hidden by trees and hedges from most directions.

This represents a step change in making the local community self-sufficient in low carbon renewable energy. When the 67 acre solar farm comes on stream in a few years it will be generate the equivalent of 80% of the annual electricity demand from all the homes in Steyning, Bramber & Beeding – using less than 1% of the land area of the three parishes.

Greening Steyning has studied the plans carefully and strongly backed the scheme, having looked at implications for wildlife, agriculture and the landscape.  You can read our full analysis here.

Steyning Parish Council Planning Committee, having objected to a previous version, gave its blessing to the revised plans at its July meeting.

You can find details of the plans and all the consultation responses on the HDC Planning Portal.  Click on the ‘Related Documents’ button to see all the documentation.